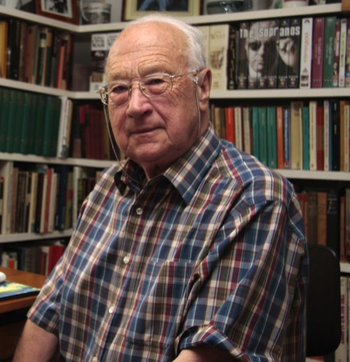 Anthony Price (16 August, 1928 – 30 May, 2019) was an English writer of Stale Beer espionage novels. The novels' hallmarks include fiendishly but satisfyingly twisty plots (generally featuring at least one moment where the protagonists realise that they've all been completely wrong about some key point of what's going on), complex and sharply-observed characterisation, and a tendency for each novel to somehow involve an artifact or site of archaeological interest.

The central character of the novels is Dr David Audley, historian (specialising in the Middle East) turned analyst for a hush-hush counter-espionage Department of the Ministry of Defence, camouflaged as "Research and Development". (The "research" they do is into KGB activities.) He is not usually the point-of-view character, however; after the first novel, The Labyrinth Makers, the point of view passes around among his colleagues, with the result that by the end of the series the reader has seen most of the recurring cast from the inside as well as multiple external viewpoints. It also means that in most of the novels Audley gets to indulge his famously irritating tendency to be one step ahead of everybody else and refuse to tell anyone what's going on, without ruining the suspense for the reader.

The first three novels in the series were adapted for television in the 1980s, with Terence Stamp as Audley.