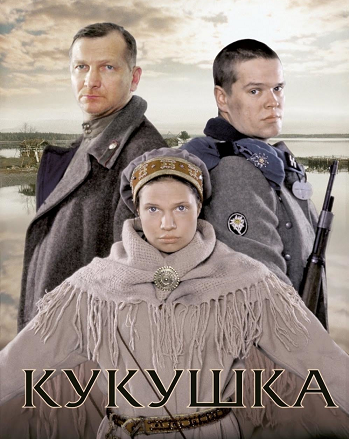 Kukushka (Cuckoo) is set in September of 1944, a few days before Finland pulled out of the Second World War, featuring three main characters and a very unusual twist on a trope.

woman (Anni). None of the three speaks the others' languages (Finnish, Saami and Russian), and the men are hostile toward each other. To the woman, however, they are not enemies - just men.