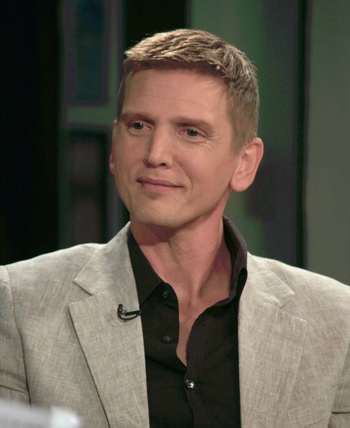 From the age of five, Barry spent three years traveling with his family to places like Fiji, Tahiti and New Zealand on a boat which they built themselves. The ship, named "The Moonlighter," was a 50-foot craft that would be their home for the next five years. Without television as entertainment on the ship, the family relied on games and sketch acting for fun.

Often plays soldiers or agents and has a scene where he sheds Manly Tears.