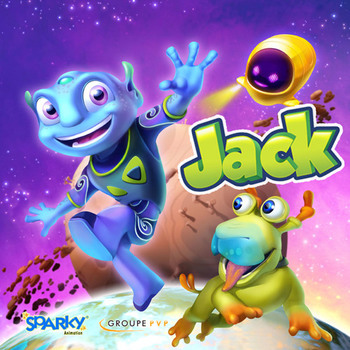 Jack, also called Jack the Explorer, is a 2011 3D animated children's series from Canada that airs on TVO Kids in its home country.

Jack is an alien from the planet Beano. One day, he, his pet Rocket, and his computer friend Chip, fly to Earth and meet three kids; Nico, Yoki, and Sam. Fascinated by the constant surprises of Earth, he often returns and learns about all the crazy things there, as well as how they compare/contrast how it is on Beano.

Do not confuse with the film also titled Jack, or either of the webcomics. Also has nothing to do with Dora the Explorer.

"Earth is full of tropes!"