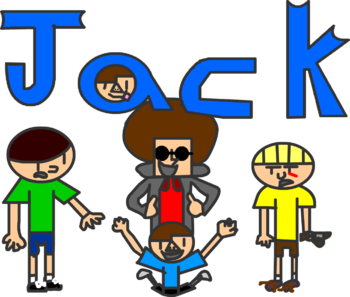 Jack is a web comic created by Jack Antonucci. The series is about Jack, Robbie, Joey, and Anakin having misadventures in the small town of Southold. Oddly enough in some old comics R2-D2 of all characters was part of the main cast. As of May 2016 the characters are going under redesigns and it is currently on hiatus.

The over 80 comics can be found here: http://madmoblin.deviantart.com/

Not to be confused with David Hopkins's webcomic of the same name.