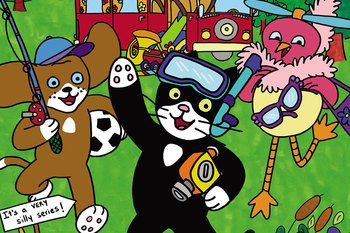 Hey, I've got a football! Wanna go fishing while we scuba-dive with a bird?
All cultures are to be treated with equal respect. This is a modern educational tendency brought about by anthropology and cultural relativity, and in modern TV land, by and large, even when dealing with a completely fictional culture, this is a rule that is pretty well adhered to.
Advertisement: