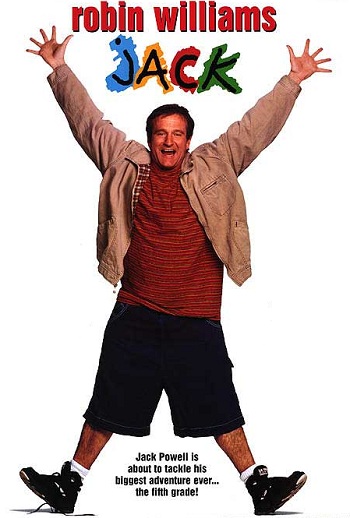 A 1996 film by Francis Ford Coppola starring Robin Williams as a young boy named Jack who, due to an extremely rare disease that is never officially named, ages at four times the normal human rate. The film explores his unique situation, from being the only 10-year-old who can buy pornography, to being mistaken for his elementary school's principal, to all the medical problems he must face as his accelerated aging continues.