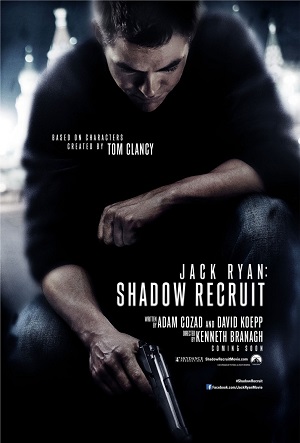 Jack Ryan: Shadow Recruit (2014) is a Continuity Reboot of the film series based on the character of Jack Ryan created by the late Tom Clancy. It stars Chris Pine as Jack Ryan, Keira Knightley as his wife Cathy, Kevin Costner as Ryan's CIA superior William Harper, and Kenneth Branagh (who also directs) as Viktor Cherevin, a sinister Russian who plans to use a terrorist attack to crash the U.S. economy. It is the first Jack Ryan film that is not based on any of the novels in the Jack Ryan book series.