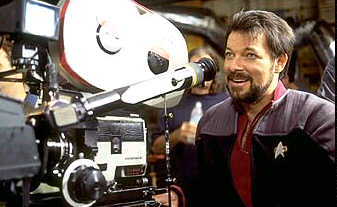 Later on in an ongoing TV series run, one of the cast members may get the idea in their head to take a turn at the helm. They'll have been around a set and crew for some time now and having shifted from the floating jobbing actor life to a more stable schedule, a desire to try something new may be piquing up. Now considering that by this stage they will have a decent relationship with the production staff, who probably don't want to say no and who also don't want the stars to getting ideas of wandering off into their head, the idea of directing an episode will come up.

Not much will change stylistically in this episode since a good budding director will try to emulate the ongoing style to fit it while a bad one would hopefully be steered heavily by the established staff. However, the episode may be noted for completely leaving out the actor's character or reducing them to a walk-on role, so that they can focus on the directing. On the other hand, maybe they go for the opposite, having an episode that does focus heavily on them, so that they don't so much have to deal with directing other people's acting.

Of course, you might not want to trust the coffee passed to you by the guy who went to film school, worked as a runner for five years and spent every day sucking up to the director to no avail...

Writer-actor, director-actor and other hyphenated jobs titles are normally used to refer to someone who develops more than one role simultaneously. That is not this trope. This trope is about those whose careers evolve (or attempt to evolve) into another role, using their current employment as a springboard. Think Dual classing vs Multi-classing with Directed by Cast Member being Dual Classing.