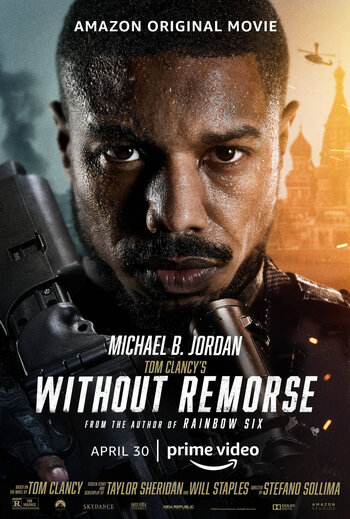 Without Remorse is a 2021 action film starring Michael B. Jordan. It is loosely based on the Tom Clancy novel of the same name.

John Kelly is a Navy SEAL whose wife was murdered by Russian mercenaries in retaliation for his role in a top secret op. While pursuing the assassins, he finds himself in the middle of a conspiracy that threatens to ignite an all-out war between the U.S. and Russia.

The film was released on April 30, 2021 exclusively on Prime Video.

Without Remorse provides examples of: