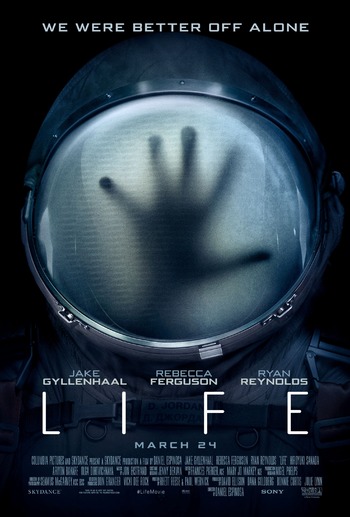 "Goodnight room, goodnight moon, goodnight cow jumping over the moon, goodnight light, and the red balloon..."
Hugh Derry: These creatures wiped out Mars. Millions of years ago. If we let it get to earth...
Miranda North: We'll risk all human life.
Advertisement:

The six-member crew of the International Space Station is tasked with studying a sample from Mars that may be the first proof of extra-terrestrial life, which proves more intelligent (and dangerous) than ever expected.