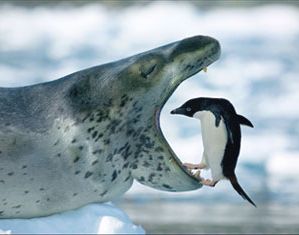 "His curiosity sealed his fate."
Antimony: Hmm, an ominous passage that plunges into an inky blackness, sealed behind lock and chain.
Kat: You know what this means.
Antimony: We must see where it leads!
Kat: Damn straight!
— Gunnerkrigg Court
Advertisement:

Just like Pandora should have known better than to open her box, characters in fiction should know better than to ask questions, explore Haunted Castles, read aloud from the Tome of Eldritch Lore, or be curious on general principle. It inevitably starts the plot, which of course starts things moving and gets people dying.

If these characters are in a horror flick, such as a Slasher Movie, anyone showing the slightest bit of curiosity will die. Or release the Sealed Evil in a Can. Or get their Genre Savvy friend killed as he complains that they shouldn't be there. Or gets them captured. Etc, etc.

Outside of the slasher horror genre, the death rate of this trope drops considerably, even if it still stirs up a hornet's nest of trouble. Since curiosity is often the driving force that starts a plot, it can be used to get heroes into and out of several precarious situations. For example, considering the tone of her Web Comic is goofy and mysterious, odds are Kat and Antimony aren't going to be dead at the end of that particular story... though you can bet your second shadow something interesting will happen!

Sometimes, it pays to be apathetic.

A subtrope of Tempting Fate. Compare Forbidden Fruit, Death by Sex, Too Dumb to Live. In games, can be the cause of Total Party Kill. Often the result of falling for Schmuck Bait. See also Curiosity Causes Conversion and He Knows Too Much.

The title is a pun on the idiom phrase "curiosity killed the cat".