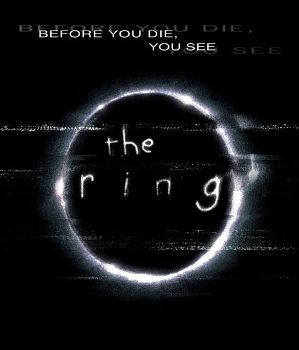 The Ring is a series of novels by Japanese writer Koji Suzuki that details a mysterious curse caused by a woman named Sadako Yamamura. The novel may have been inspired by two M.R. James ghost stories, notably The Mezzotint and another one, Martin's Close, about a murdered girl in a lake who returns to wreak vengeance from beyond the grave. Physical appearance of the baleful spirit closely resembles an onryo, a traditional Japanese type of ghost on which Wikipedia has more here

The series has been adapted several times in different medias, most notably films, but also TV, radio drama, and video games in Japan, North America, and South Korea. While uniformly thriller, the novels have a more science fiction slant, whereas the adaptations tend to lean more on the Horror part. Indeed, the 1998 Japanese film adaptation has been credited for launching the popularity of J-Horror worldwide, while its 2002 American remake was the cause for the so-called "J-Horror remake craze" in the United States in the 2000s.

This film and novel series provides examples of: