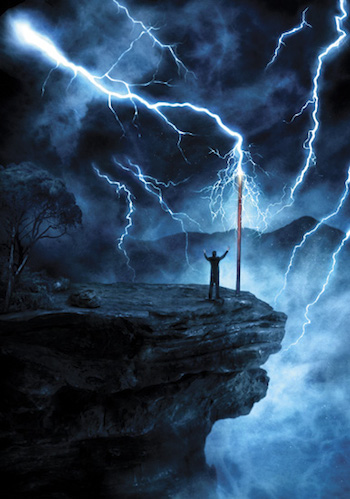 "Every man and woman owes a death."
"Something happened."
Advertisement:

Revival is a novel by Stephen King.

Spanning five decades, Revival chronicles the relationship between the protagonist, Jamie Morton, and Charles Jacobs, a reverend obsessed with the powers of electricity who Jamie meets as a boy. When tragedy strikes Jacobs' family, he delivers a sermon in which he curses God and all religious belief and is subsequently banished from town. Many years later, Jamie, now a heroin-addicted drifter, meets Charles Jacobs again, and the two form a pact with dark consequences for both.

King has listed Frankenstein, The Great God Pan and the writing of H. P. Lovecraft as being influences for the story.