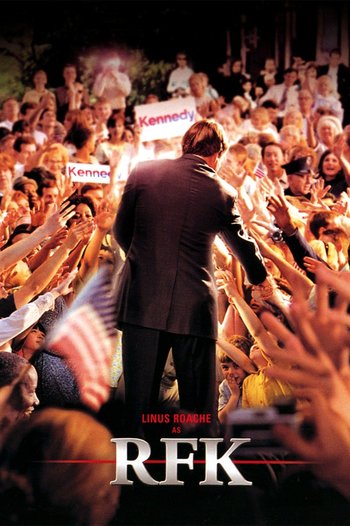 RFK is a 2002 American TV movie directed by Robert Dornhelm that takes place in the eyes of Robert F. Kennedy (Linus Roache) after his brother, John F. Kennedy (Martin Donovan), is assassinated. As he works through his grief, he starts to get more involved with politics and eventually ran for president in the 1968 election before his own assassination.