Film / The Richest Cat in the World 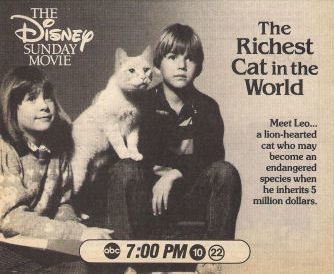 A 1986 comedy that originally aired as an episode of The Disney Sunday Movie.