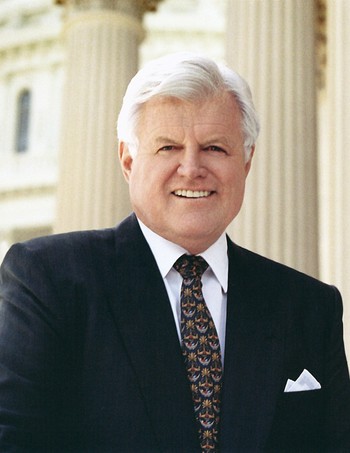 "For all those whose cares have been our concern, the work goes on, the cause endures, the hope still lives and the dream shall never die."

He was a member of the Kennedy family, with his older brothers being Joseph Patrick Kennedy, John F. Kennedy, and Robert F. Kennedy.

that resulted in the death of his passenger, Mary Jo Kopechne, and received a two month suspended sentence as a result. This is believed to have cost him the chance to be able to run for president himself; he still tried in 1980, but lost the Democratic primaries to Jimmy Carter.

Ted was married to Joan Bennett and Victoria Reggie and had three children with Bennett.

He continued to serve as Senator until he died from brain cancer in 2009 at the age of 77.

Books he had written