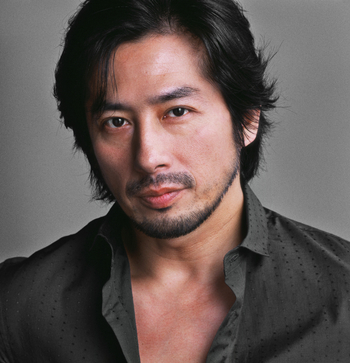 No matter the project, you can pretty much depend on Sanada to bring a certain gravitas and respectibility, likely due to his Shakespearian background. He's Big in Japan, not inaccurately described by Damon Lindelof as "Japan's Harrison Ford". He's also a contemporary and old friend to Jackie Chan, and does a lot of his own choreography and stuntwork in his films.

Most recently, he's made a home on Western television by starring in shows such as Helix and Extant.