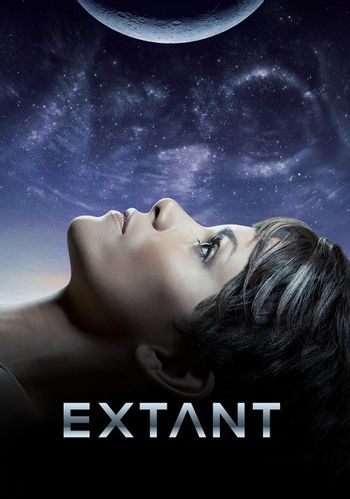 Extant is a 2014 science fiction TV show starring Halle Berry and Goran Višnjić, airing on CBS. Berry plays Molly Woods, an astronaut who returns home after a year-long solo mission in space, during which a strange incident occurred. Back home, Molly has trouble adjusting to life again with her husband John, a roboticist, and their son Ethan — the first of the planned "Humanichs" (human robots) whom John is hoping to build. It slowly appears that mysterious forces know of Molly's pregnancy, and that is has great import for the course of humanity. Berry served as one of the producers, along with Steven Spielberg.

The series was cancelled after its second season.