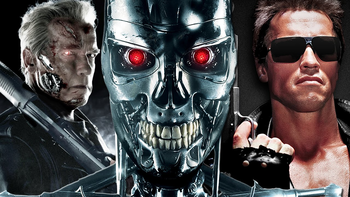 Example of:
Come with Me If You Want to Live