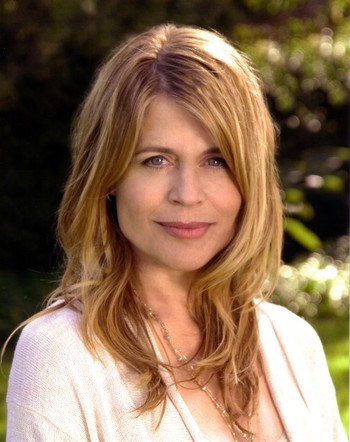 "I've never really been the leading-lady type, I've always wanted to be a character actress."
Advertisement:

She's most well known for her role of Sarah Connor, the mother of future human resistance leader John Connor in the first two films of the Terminator franchise, namely The Terminator and Terminator 2: Judgment Day. The latter gave the character a serious level in badass and more dramatic range, making her quite an iconic example Action Girl. Linda reprised the role in Dark Fate 28 years after the last time she played it.

She was married to Terminator director James Cameron between 1997 and 1999, and she had an identical twin sister, the late Leslie Hamilton Gearren (1956-2020), who was used for some scenes in Terminator 2.

Her works on TV Tropes: