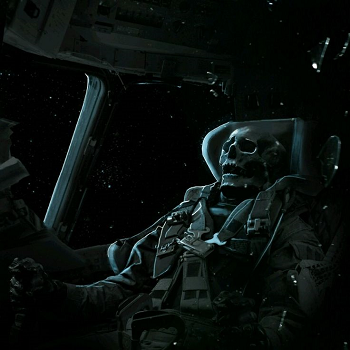 One giant leap in terror. note Artwork by Gjallarhoorn

Sci-Fi Horror is a sub-genre of both Science Fiction and Horror that uses scientific advances or futuristic settings as a source of fear.

Notably, the first Sci-Fi genre worknote barring Ur-Examples like Lucian of Samosata's A True Story or Margaret Cavendish's The Blazing World was also one of the first works in this sub-genre: Mary Shelley's Frankenstein, published in 1818.

The broad variation of the parent genres allow for a multitude of ways this can play out: scientific advancements being used for evil ends or creating new, dangerous lifeforms; man's hubris leading to horrific consequences because of our reliance on technology; alien monsters menacing the characters; or the vast loneliness of outer space being a source of ontological dread, branching into Cosmic Horror Story and Space Isolation Horror.