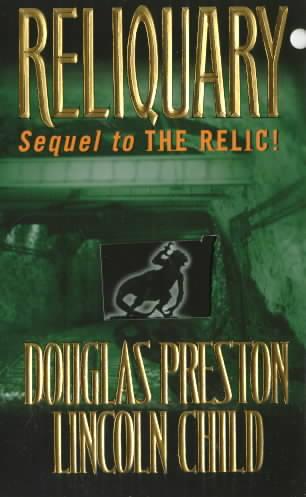 Reliquary is a novel by Douglas Preston and Lincoln Child first published in 1997. It is the sequel to Relic and the second in the series of novels fan-named the Agent Pendergast series.
Advertisement:

It has been eighteen months since the infamous Museum Beast Murders at the New York Natural History Museum. Most of the players have moved on with their lives and left that horrible time as a distant nightmare. They are all dragged back into the horror when two skeletons are dug out of the river with chillingly familiar wounds, including missing heads.

No relation to the fantasy webcomic of the same name.