Literature / Remember To Always Be Brave 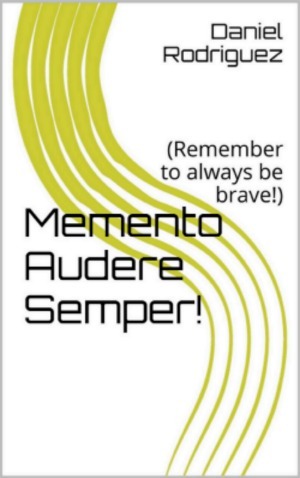 And so, the world passed, darkly.
Advertisement:

Memento Audere Semper! (Remember to always be brave!) by Daniel Rodriguez, is a Military Science Fiction novel published in 2014. Set in an Alternate History where Rome, at the cusp of the dictators and emperors, reverted back to the Republic. Set around 1,200 years after the last Dictator was killed by the Senate, Rome finds itself a superpower, vying for control of the planet against the only other superpower, a collection of (mostly) Pacific-Ocean ringing states. The Roman Republic and the Alliance of Nations are locked in a cold war that has entrenched into every aspect of society, and has gotten slightly warmer - if not outright hot - due to perceived Alliance instigation of various Roman Republic allied and vassal states in Africa, an instigation that leads to war, a war wherein millions of deaths and a piece-meal Roman response only prolongs the suffering.

The story begins orbiting Zoticus, a young Roman soldier, as the instigation dies down, and the 2000th birthday of Rome approaches. However, even with the easing of affairs and rise of peace, Zoticus finds himself struck personally by the war, and fear of something much more sinister, causes him to investigate to help the world in some tangible way. However, no good deed goes unpunished....

Can be found on Amazon Kindle here.