Literature / The Cabinet of Curiosities 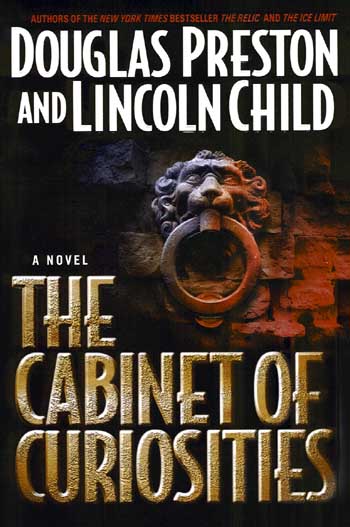 The Cabinet of Curiosities is a novel by Douglas Preston and Lincoln Child, first published in 2002, and is the third novel in their informal Agent Pendergast series.
Advertisement:

When a construction crew unearths an old coal tunnel, thirty-six bodies of young men and women killed over a century ago are uncovered. While the developers and police dismiss it as irrelevant and ancient history, Agent Pendergast takes an interest, enlisting the help of Dr. Nora Kelly to discover the origin of these horribly mutilated corpses. Their investigations take them into the amazing world of Cabinets of Curiosities, the origins of The New York Museum of Natural History, and the story of what is possibly New York's first serial killer. But all the while something is lurking in the shadows, and someone is killing people with the same horrible, surgical precision of 130 years ago.