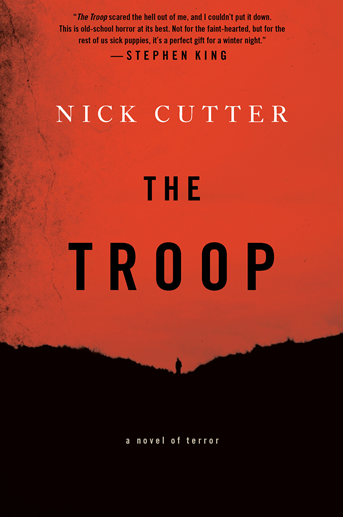 The Troop is a 2014 Canadian Horror novel by Nick Cutter, unrelated to the Nickelodeon show of the same name.

Scout Master Tim Riggs has led a troop of boyscouts-Ephraim, Maxwell, Kent, Newton (usually shortened to Newt), and Shelley-to a secluded island off PEI for a camping trip. However, the sudden appearance of a rail-thin stranger throws those plans into ruin...