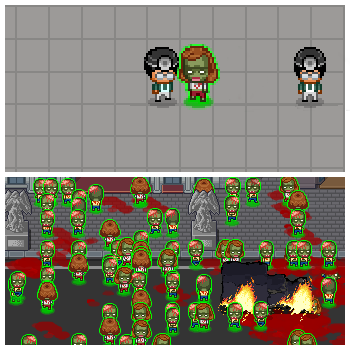 The Virus has taken over the entire world/country/town. Almost always, there is a patient zero. This is the person that started it all, the very first person to be infected. Perhaps they carried the virus for a while without realizing they were a Zombie Infectee. Perhaps they were the one who created the virus.

Sometimes, you have to kill patient zero to stop the virus before it spreads to anyone else. Other times, Patient Zero carries the original, unmutated virus, which the heroes need to Find the Cure!. If the Patient Zero is asymptomatic and/or doesn't know what they're carrying, they may be a Typhoid Mary or Zombie Infectee.