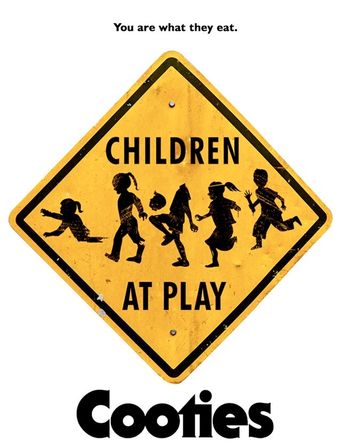 Cooties is a 2015 horror comedy starring Elijah Wood, Alison Pill, and Rainn Wilson. The film centers around an ordinary elementary school that soon changes when a batch of contaminated chicken nuggets transform children both in the school and around the country into ravenous, bloodthirsty savages, and the teachers must fight for their lives.

The film was released on digital/VOD formats on September 18. The trailer can be seen here