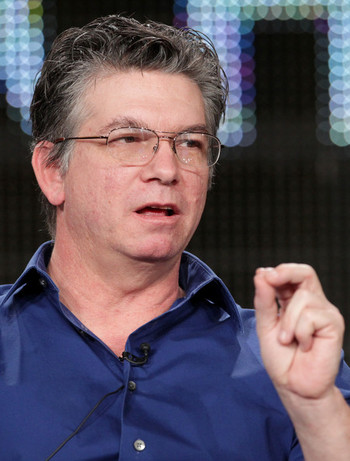 John became a professional science fiction writer
and since his publisher assured him that all science fiction authors became immensely successful,
he was given the standard "rich and famous" contract.
Somewhat confused by the fine print, he nonetheless signed in blood.
"John Ringo about himself"

John Ringo (born March 22, 1963) is an American writer of Military Science Fiction, fantasy (both urban and traditional), and other novels.

Major series of his:

, for more details than in this (currently sketchy) article. It's mostly empty, being a work-in-progress replacing a defunct site.

Not to be confused with basketball player Paul George, or with cowboy Johnny Ringo of Tombstone infamy (though he is a distant relative of the writer).

Tropes related to the author: