20 Minutes into the Future 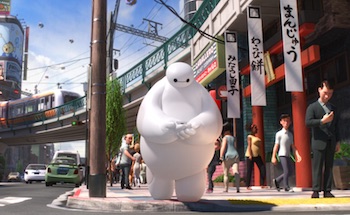 Cars, elevated trains, pedestrians, and robots, a typical city scene.
"In the year 2015, they got everything wrong."
— Caddicarus, on LEGO Drome Racers, which was released in 2002.
Advertisement:

The Future, but not so far into it that you'd notice except for the abundance of Applied Phlebotinum. This is often a linear extrapolation of national malaise or existing crises, so American works of the 1970s have endlessly skyrocketing crime and inner urban decay note  true enough in places like Detroit, Michigan, but wildly wrong in general; cities like NYC are safer today than ever before whereas the 1980s brought the notion that Mega Corps and Japan (especially Japanese megacorps) would rule the world. When the 1990s came around, the US economy recovered while the Japanese economy tanked; end of the Cold War and subsequent collapse of many authoritarian communist regimes drastically changed the political picture of both the present and the future. Instead of criminal anarchy or corporate governance, there's a lot more focus on how technology has come to permeate everyday life and challenge long-held conceptions of the individual and society as a whole. And, of course, works in the '90s naturally assumed that from that point on the only murderous enemies Americans would have to worry about would be the odd Right-Wing Militia Fanatic, homicidal teenagers, and maybe the occasional petty dictator, but no one else. With the Turn of the Millennium and The New '10s, the issue seems to have become extreme Right-Wing dystopias and/or endless American Interventionism in the Middle East and Central Asia, occasionally spreading into South America, Africa, or Southeast Asia.

Obviously, 20 Minutes into the Future is the setting of most Flash Forward stories, though they usually don't make a big deal of it except as a minor joke. Of course, Science Marches On, so it's fun to watch ten years later to see how wrong they got it. Television series are especially prone to this, as they tend to make use of various props, costumes, and effects that reflect the sensibilities of their time but become increasingly dated over a long run.

Both Max Headroom and Brazil lampshade the Zeerust problem by setting themselves explicitly "20 Minutes into the Future" and "Somewhere in the Twentieth Century", respectively (rather than identifying specific dates), and by mixing up production designs and costumes that would have been considered "futuristic" in the '80s with random elements from previous decades.

See also Next Sunday A.D., which is completely indistinguishable from the present, but claims to be happening in the future anyway. How much Applied Phlebotinum it takes to flip Next Sunday A.D. into full-scale Twenty Minutes into the Future is an interesting question, since many stories employing cutting-edge fictional technology are actually set in the present (for instance, lots of superhero stories). Can result in I Want My Jetpack if the writers set the work not sufficiently far into the future, and the year the work was set in arrives in Real Life without any of the new technology featured. Compare to Urban Fantasy as the magical version. If you want to know a more "reversed" version of this trope (futuristic technology in the past), see Schizo Tech. Inverted by 20 Minutes into the Past.