Film / Into the Forest 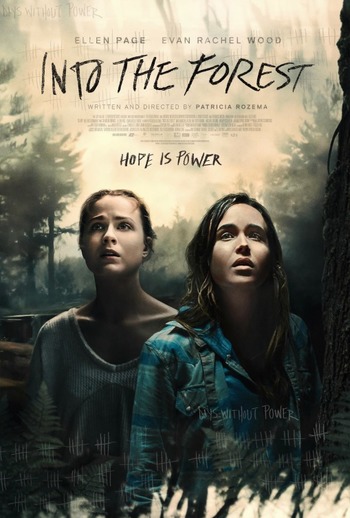 Into the Forest is a 2016 Canadian post-apocalyptic drama film written and directed by Patricia Rozema, based on the debut novel of the same name by Jean Heglund.

Starring Elliot Page and Evan Rachel Wood, the story follows two sisters, Nell and Eva, struggling to survive in a secluded forest home during a Big Blackout that has caused a collapse of society.

Not to be confused with the 2014 musical Into the Woods.