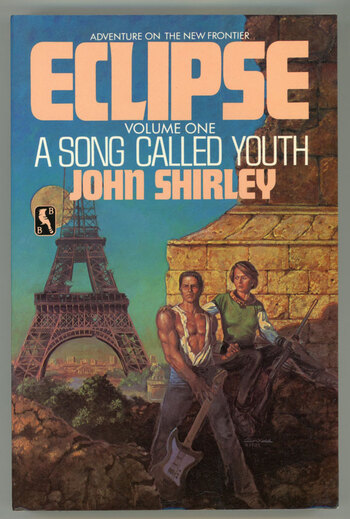 The Eclipse Trilogy is a Cyberpunk book series by John Shirley. It depicts a dystopian future where a new Soviet Union attacks Western Europe. They manage to repel the Soviets, but the war has left Europe in chaos. The U.S. is also in crisis. To restore order, NATO sanctions a private, multinational police force, the Second Alliance Security Corporation, unaware of their objectives for world domination.