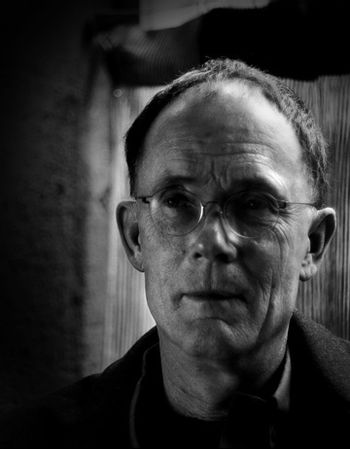 William Ford Gibson (born March 17, 1948) is an author and grandfather of the Cyberpunk genre. Trope Maker and Trope Namer of Cyberspace; Trope Namer of the term Raygun Gothic. Also, the man responsible for Steampunk as we know it.
Advertisement:

He also wrote the script for the film Johnny Mnemonic based on his short story by the same name, a couple episodes of The X-Files, the original (unused) screenplay for Alien³ and many short stories. The Abel Ferrara film New Rose Hotel is an adaptation of his short story of the same name.

Works by William Gibson that don't have their own pages include examples of: