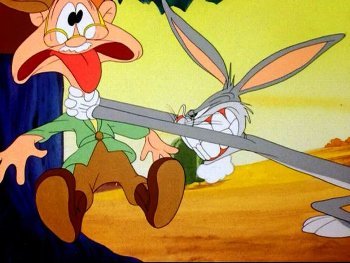 Elmer Fudd, frustrated with his inability to catch Bugs, sits under a tree and is transported into the far off year 2000 (which, back then, was considered futuristic and far-off). Now an old man armed with a laser gun, he goes after an equally aged Bugs Bunny and upon managing to succeed, Bugs sets up a flashback to when they were young children and how it all began. As Bugs feigns his death and digs his own grave, he manages to trick Elmer inside and bury him alive.