Redraw Your World.
Can't you get it through your thick skull? People LOVE cartoons!
— Yosemite Sam, Cartoon Network Presentation Pitch (1991)

Turner Broadcasting launched this cable channel on October 1, 1992note Fun fact: it was the first Turner network not to launch with a rendition of The Star-Spangled Banner— even the shortlived Cable Music Channel did— instead opting for an animated montage and voiceover (with the 1812 Overture playing underneath); subsequent Turner network launches also forewent the national anthem, after acquiring the extensive Hanna-Barbera animation library the year before (and even before this, Turner owned some animation, by way of the 1986 MGM/UA deal and his production of Captain Planet and the Planeteers). If the name didn't tip you off, Cartoon Network

is a television channel primarily focused around animation, with the initial pitch for what started as the 24-hour animation station being predicated on this simple, yet undeniable fact: animation is for more than just children, meaning that there is an absolutely HUGE Periphery Demographic of adults that would watch cartoons at any hour of the day, right alongside any children that happen to be in the room.

The channel started off purely as a rerun station for the 8,500+ hours worth of animation in the Turner library, including newer Hanna-Barbera shows made for TBS and syndication that saw reruns here, before slowly developing its own original programming. The most notable of these early projects were the spoof talk show Space Ghost Coast to Coast and the animated anthology series What A Cartoon! Show a year later. The latter program would lead to the creation of various television series (originally known as Cartoon Cartoons) produced under a new H-B division called Cartoon Network Studios. In 2001, upon the death of H-B co-founder Bill Hanna, Warner Bros. took over the operations of Hanna-Barbera, while spinning off Cartoon Network Studios into a separate company under the Turner banner; CNS kept ownership of the programming it produced, while Warner Bros. seized control over Hanna-Barbera's "classic" properties.note Cartoon Network, Hanna-Barbera and the rest of Turner Broadcasting had merged with Time Warner (now Warner Bros. Discovery) in 1996, in turn also giving the channel access to the rest of the Warner Bros. animation catalog.

Much of Cartoon Network's original programming has been critically praised, with most considering them to be superior to cartoons shown on broadcast networks, especially as more and more broadcast networks began abandoning their animated programming blocks outright. CN has and continues to push the envelope on what a kids' channel can show: over the years, it has aired several TV-14–rated animated films (such as the Hellboy series and Justice League: The New Frontier) and TV-PG series (like both Clone Wars series), resulting in that aforementioned huge Periphery Demographic. We'd be remiss not to show you this bumper featuring an excessive Cluster F-Bomb.

And this is all without delving into Adult Swim, once a normal programming block created in 2001 to showcase adult animation that now controls the entirety of the network's watershed hours.note Nick @ Nite, launched in July of 1985, fufills the same purpose for Nickelodeon and the two are currently the only American programming blocks to be formatted as such. But unlike Adult Swim, N@N is dependent on syndicated reruns. Cartoon Network is also known among anime fans for Toonami, a block that's considered a key factor in increasing the popularity of Japanese animation in America during the turn of the millennia. There's also Boomerang, which became the de facto home for classic animation as the network's original programming lineup expanded.

Around the late-2000s, the network began to incorporate live action shows as it attempted to compete directly with Nickelodeon and Disney Channel. The cancellation of a number of animated originals causing many former creators to leave, as well as that of Toonami, is blamed by the network's fans on this shifting focus. These efforts came to a head with the creation of the CN Real block, a block composed entirely of live-action programming. The block's negative reception and low ratings prompted its cancellation after less than a year, and by 2014, Cartoon Network would formally abandon live-action programming.note That said, CN still occasionally airs live-action films, and Adult Swim continues to make use of the channel's live-action production arm (Alive and Kicking) to make original shows, albeit under a different name.

The New '10s saw an animation renaissance with the network premiering a large number of new animated series to cater to a variety of interests. The network would also experiment with new formats, from producing Mini Series such as Over the Garden Wall, and using New Media to incubate future shows, with programming like Mighty Magiswords and OK K.O.! Let's Be Heroes both being launched as interactive content through their CN Anything app.

With regard to variety of interests, the channel took a subtle change in demographics from 2010-14, as TV-PG often became the default rating for their programming starting with Canadian imports 6teen and the Total Drama animated reality shows, and continuing with the originals Adventure Time and Regular Show. Since 2015, this output has become more balanced with more shows rated TV-Y7 being introduced.

A crossover Mascot Fighter called Cartoon Network: Punch Time Explosion was released in June 2011 on the Nintendo 3DS, and an Updated Re-release on PS3/Wii/Xbox 360 in November of the same year. The network also re-aired several of its classics in honor of its 20th birthday.

On March 4, 2019, as part of a major restructuring of the then-AT&T-owned WarnerMedia, Cartoon Network, along with its siblings, their consumer products and production divisions, and Turner Classic Movies, broke off from the former Turner Broadcasting division to have their operations taken over by Warner Bros. Most of the shows produced by Cartoon Network Studios are available on Hulu and HBO Max, with the studio also producing original content for the latter streaming service. As part of this restructuring, Cartoon Network began to broaden their output, releasing shows for a younger audience through the Cartoonito initiative note  a brand already used by Warner overseas for a number of TV channels and blocks. and experimenting with live-action programming for streaming services while continuing to produce original animated content for the linear network. However in 2022, WarnerMedia merged with Discovery, Inc. to form Warner Bros. Discovery and Cartoon Network, Boomerang, Adult Swim, Cartoonito and TCM were moved into the US Networks division of WBD which oversaw all of the ex-Warner channels and Discovery's US TV portfolio. As a result, CN and Boomerang were moved into its Kids & Family networks section (known as the "Cartoon Network Group") which also included Discovery Family (which is co-owned with Hasbro).

that Cartoon Network will be merging and sharing office space with Warner Bros. Animation and while the channel is very much still alive despite what the media says the studio's fate is left unclear.

Toy-Centric
Programming aired outside of the US
Others 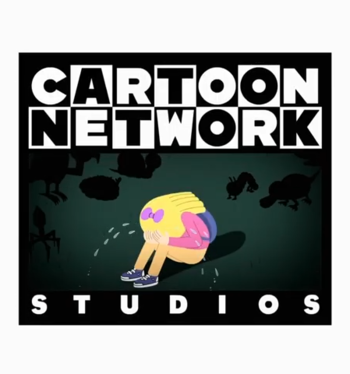 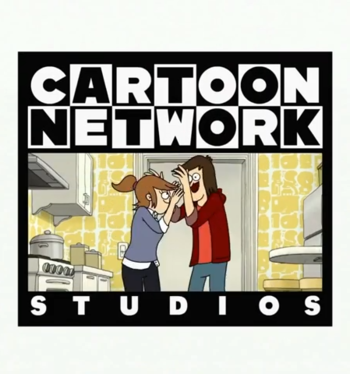 Programming blocks that are airing or have aired on this network include: