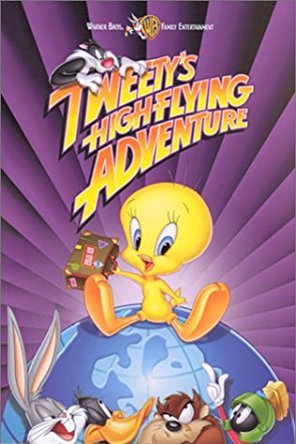 The city park is 80 days away from being closed for unpaid debts and Granny wants to save it. Opportunity presented itself when she overheard Colonel Rimfire claiming cats were the smartest creatures on earth and willing to wage his fortune that nobody could outsmart them. Granny then got him to agree on a bet. If Tweety goes around the world in 80 days and collects paw prints from 80 cats, Granny wins. Otherwise, Rimfire wins. It's also a musical, and the characters sing a few original songs throughout the film.