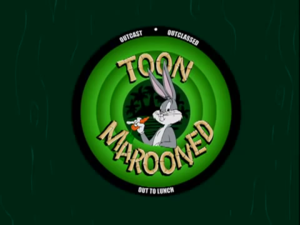 "Only one will last to become the Toon Marooned!"
"Outcast. Outclassed. Out of lunch."
—tagline
Advertisement:

Toon Marooned is a webtoon series from Looney Tunes that stars Bugs Bunny as the host of a Survivor contest for nine Looney Tunes to win $100 at Festeroon.