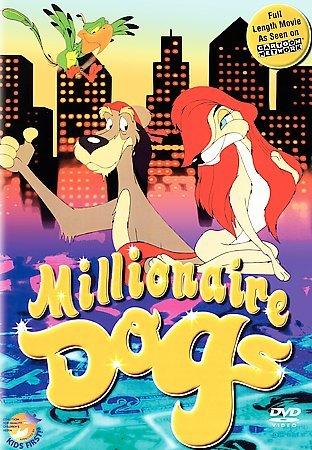 Five irresistible dogs and a zany parrot live together under the protective roof of Miss Lilly's House of Pets. These scruffy but adorable dogs are the best of friends, a real team. Who needs money when you've got your friends ... and the security of Miss Lilly's mansion? But then a sudden mega-inheritance turns these pups into a pack of pampered Millionaire Dogs.

Not to be confused with Slumdog Millionaire.