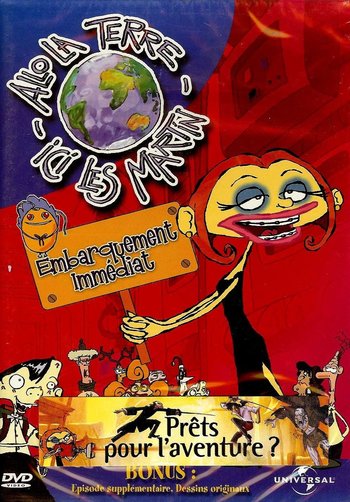 Spaced Out (Allo la Terre, ici les Martin in French) was a French-Canadian cartoon from 2002, produced by Alphanim and Cartoon Network Europe.

George Martin, who lives in a regular neighborhood with his family, gets a job at a company called Krach Industries after his application is accidentally blown by the wind into the selection of chosen candidates for the job. As a result, George ends up becoming the director of a secret space station which is a giant dome containing an Earth-like town; as part of an experiment by Krach Industries, the Martins have to live in this space station, where there are other people living as well (including their neighbor and teacher).