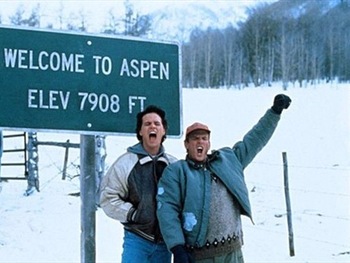 Aspen Extreme is a 1993 comedy/drama film written and directed by Patrick Hasburgh.

It's about TJ (Paul Gross) and Dexter (Peter Berg), two friends from Detroit who move to Aspen, Colorado to live out their dreams of becoming professional ski instructors.

Although the film received mixed reviews from critics and managed a mediocre take at the box office, it is almost universally praised for its cinematography and its ski scenes.