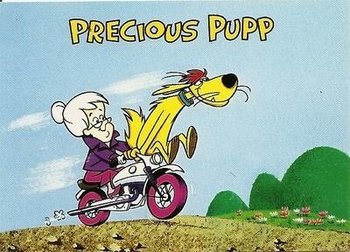 Precious is a dog who doesn't exactly live up to his name. He lives with Granny Sweet (who herself is more tart than expected underneath her sweet exterior) and ends up engaging in shenanigans against various antagonists, all of whom end up wishing they never met the "precious" pup.