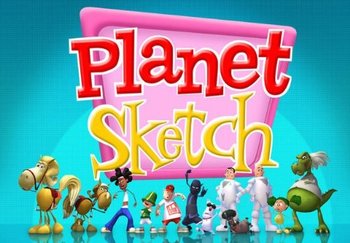 The cartoon was basically a variety show, showing a wide variety of different sketches, each one having its own plot. The cartoons of the first season would begin with a "Nose Picker" segment, and end with a "June Spume and Melville" segment. However, this would change in the second season.

The series started running in November 10th, 2005 on Teletoon, and went on until September 16th, 2008. It lasted 39 episodes over 2 seasons. However, Aardman and Decode would later cooperate again to produce another cartoon, Chop Socky Chooks. Additionally, Aardman would later create a third series for Teletoon, Counterfeit Cat, although this one was co-produced with Atomic Cartoons.

Not to be confused with Planet Sheen.