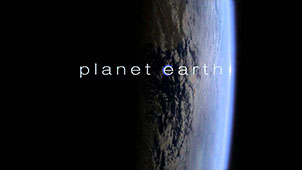 Planet Earth is a Nature Documentary series produced by the BBC Natural History Unit. Presented by David Attenborough, this documentary aims to capture the many habitats and biomes of life on Earth, showing off diverse phylums of animals, plants, and fungi and even rare species never before captured on camera. It was the first documentary by the BBC that was filmed (nearly) entirely in High Definition.

Presented in 2006, the series has been critically acclaimed and is one of the top five highest rated television series on IMDb. It was also a highly popular title on Blu-ray early in the format's life. A sequel series, Planet Earth II, aired in 2016 and a third installment was released in 2022. Planet Earth: Dynasties is a spinoff series based on individual families.