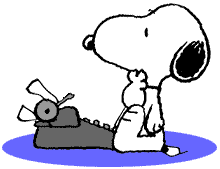 It's not that impressive. He has to hunt-and-peck.
Guiv: What are you, a philosopher bird?
Turul: Just an old bird. In a thousand years, you are wise too.
— Prince of Persia: The Graphic Novel
Advertisement:

In Real Life (some) animals are quite intelligent, but in certain media and literature they can do many astonishing things you don't usually see animals do and, might or might not, be smarter than the human characters.

The character doesn't have to be a specific animal, merely be animal-like (four-legged carnivores are popular) and clearly not human (a Nature Spirit, a god, et cetera). They are more likely to be an imposing animal than something cute. To reduce the sense of cartoonishness inherent in this idea, the Intellectual Animal may speak without moving their mouth and/or talk in a normal, serious voice.

In fact, this character tends to be a little cynical about humans or may even have outright contempt for most of humankind. The rest of the cast may have to earn their respect. If they do prove themselves they might choose to befriend the human, even going so far as becoming an equal partner and Sapient Steed or Mentor. Often, they will be much smarter than the human they accompany.

Do not confuse this character type for the Team Pet or the Mascot. They will not enjoy the comparison.