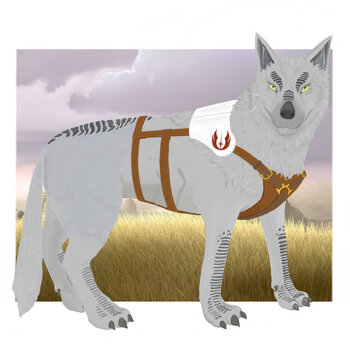 There's No Rule That Says A Wolf Can't Be A Jedi is a Star Wars fanfiction by Saphroneth, involving a Lothwolf named Swift, who senses great death and suffering in the Force, and goes back in time to avert it — without knowing exactly what it is or what to do about it.

As is usual for Saphroneth, it was developed and community-reviewed on SpaceBattles

, then posted to Archive of Our Own (here

There's a Lothwolf.
He's a troper.
Why not, after all?