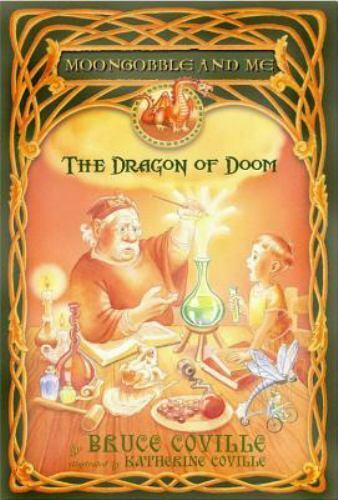 Moongobble and Me is a fantasy series by Bruce Coville, in which a young boy named Edward finds himself having adventures with the magician Moongobble after the latter moves to his town. Books 1-3 revolve around Moongobble seeking to become a member of the Society of Magicians, which involves performing three Mighty Tasks, while books 4-5 involve a set of quests with the ultimate goal of freeing the members of House Nork from their hereditary curse.