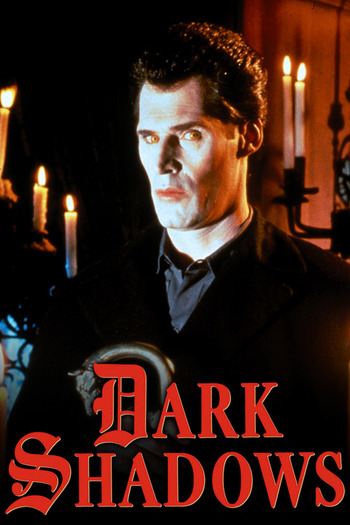 Dark Shadows (later referred to as Dark Shadows: The Revival) is a television series which aired on NBC from January to March 1991. A re-imagining of the 1966–71 ABC daytime gothic soap opera Dark Shadows, the revival was developed by Dan Curtis, creator of the original series.

This 1991 version of Dark Shadows tells a streamlined version of the original storyline — the arrival of governess Victoria Winters at Collinwood, vampire Barnabas Collins being released from his coffin, Dr. Hoffman's attempt to cure Barnabas' vampirism medically, and, finally, Victoria's time travel back to 1790 to witness the events in which the still-human Barnabas is transformed into an undead creature.