Read the Map Upside Down 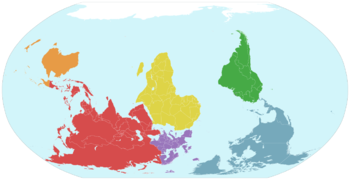 When heading on a mapped adventure, it is important to follow the map accordingly. One wrong move could send you into great danger. In some cases though, you end up reading the directions incorrectly, resulting in you going the wrong way.

Of course, this could also occur from misreading details about obstacles that you are to encounter. This can result in you either underestimating or overestimating the obstacle.

It's possible to recover, but it can still be embarrassing. If racing to the goal against a competing adventurer, this mistake can severely cost you.

Compare Upside-Down Blueprints, for when the instructions for a building's architecture are misread causing the construction to be put together wrong, and Had the Silly Thing in Reverse, for when travelers have accidentally driven a vehicle backwards.