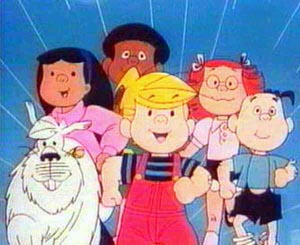 In 1986, Dennis the Menace (US) was adapted into a 65-Episode Cartoon for U.S. syndication by DiC Entertainment, later moving to Saturday Mornings on CBS.

Now has an (in-progress) recap page.