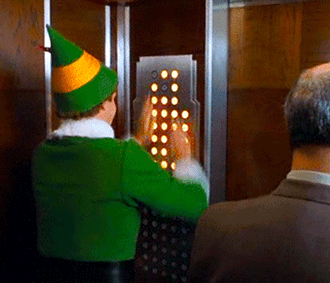 A person in an elevator car pushes buttons for several or all the floors. Among the reasons: